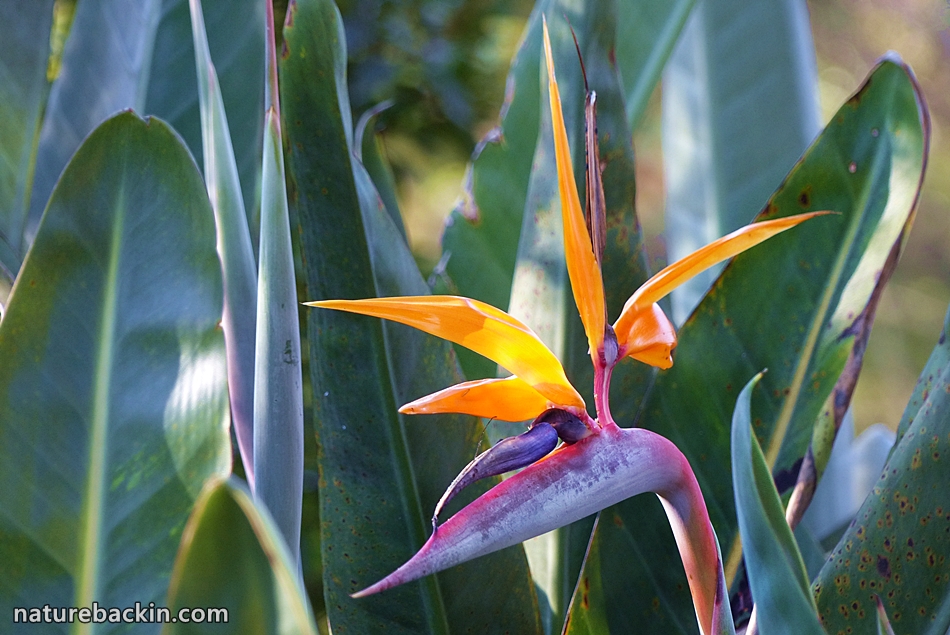 This well-known South African plant probably needs little introduction as it is cultivated in many countries across the world. I was surprised to learn that it is the floral emblem of the city of Los Angeles.

In our climate it is hardy and easy to grow, tolerating dry conditions but also coping well when the rains are good. It is nectar rich and attracts many birds. Its seeds are also popular with birds and monkeys.

It has leaves rather like those of banana plants and grows in a clumping formation to a height of up to about 1.5 metres, depending on growing conditions

Here in South Africa it is commonly referred to simply as a Strelizia. Its full botanical name is Strelizia reginae. It is also known as the Bird-of-Paradise and as the Crane Flower. 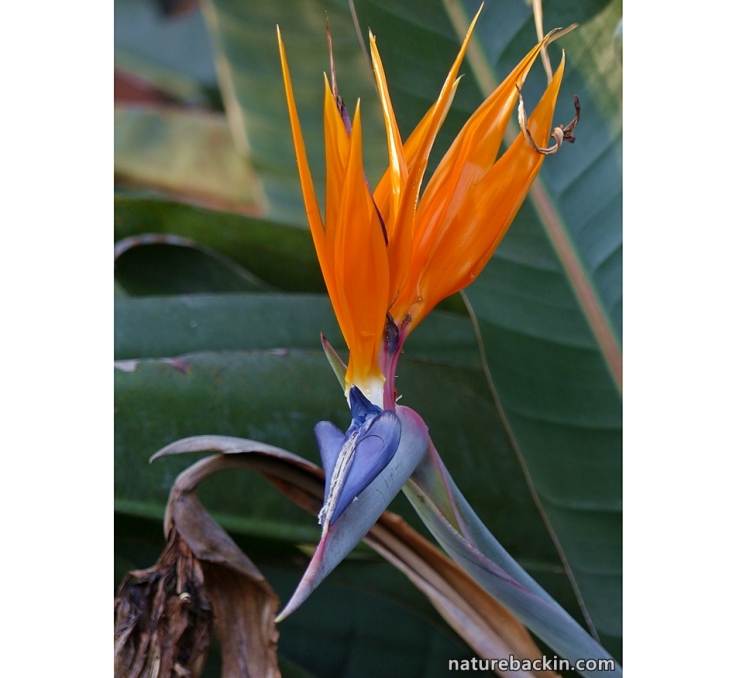 In the photo above the birdlike shape of the Strelizia reginae , with “bill” and crown of petals can be seen clearly

Here is an actual Grey Crowned Crane, the crane that inspired the name “Crane Flower” by which the Strelizia reginae is often known. I took this photo in the Karkloof area of the KwaZulu-Natal Midlands 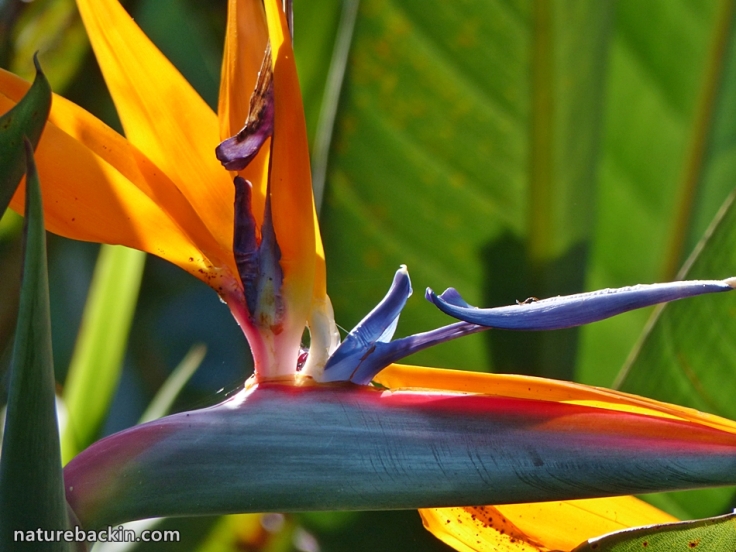 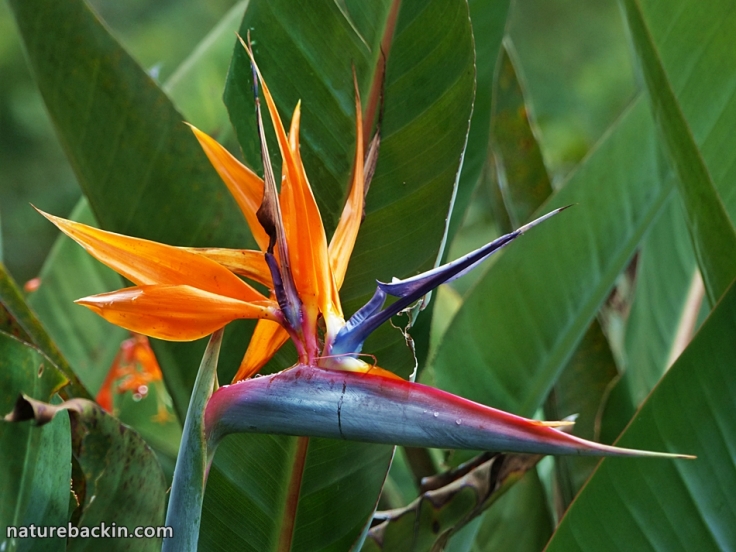 Possibly less well known is the Strelizia nicolai, a much larger cousin, which grows to a towering height of up to 10 metres. Its palm-like appearance brings a tropical wildness to the garden. In keeping with its size its flowers are much larger than those of the Strelizia reginae, but being cream and blue they are not as colourful.

The large flowers of the Strelizia nicolai

Known also as the Coastal Strelizia or the Natal Wild Banana (although it is not related to the true banana family) the Strelizia nicolai can withstand strong, salt-laden coastal winds, but it is not frosty hardy. The nicolai part of its name is named for Czar Nicolai 1 of Russia (1796-1855). The species was described in 1858 from the plant in the Czar’s collection. The family name, Strelitziaceae, is in honour of Queen Charlotte, wife of the English King George 111 (1738-1820), as she was from the house of Mecklenburg-Streliz.

Just as its smaller relative, the Strelizia nicolai has rich nectar that attracts many birds. Its seeds, which are contained in woody capsules, are eaten by birds and monkeys. I once met a man collecting from a fallen branch, sprays of the star-shaped seed capsules as his family used them as Christmas decorations – he told me that they dried them and then painted them silver.

A Vervet Monkey in our garden, perching rather precariously as he extracts seeds to eat from the woody capsules on a Strelitzia nicolai

28 thoughts on “The iconic strelizia”