The name “Laughing Dove” derives from its bubbling call that is said to have a gentle laughing quality. Laughing Doves are thought to be monogamous, with birds pairing for life.

In the picture above, the male with his inflated his chest is involved in a bobbing display while calling in muffled tones, this being a threat display towards an intruder. Often this bobbing display is done while approaching an intruder, who usually flies away, but if not a fight may ensue.

Laughing Doves are relatively common in gardens, and in wilder places habitats include woodland and savannah. They are solitary and they also live in breeding pairs, and in some contexts they are found in small flocks. In our garden, they (and other doves species) became very scarce in the years when a pair of Black Sparrowhawks were nesting nearby, but since the Sparrowhawks moved on (another story for another day) they  have became more apparent, and now we have at least one pair visiting regularly. Laughing Doves are predominantly seedeaters and they mostly forage while walking, usually in open ground. Our resident pair likes to forage together in close proximity. They even visit the bird bath together, and after drinking fly up into a nearby tree where they keep close together while preening. 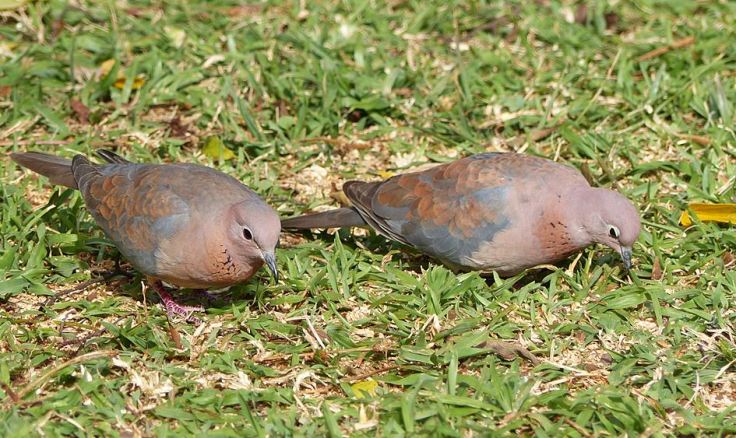 According to Roberts, the female Laughing Dove builds the nest with the male bringing her suitable twigs and sticks that he passes to her, and he waits beside her while she builds the nest until she is ready for new material that he collects for her. She tucks the nest material underneath her and uses her breast to shape the nest. They usually have a clutch of two eggs, which they take turns incubating – he in the middle of the day and the female at night. They both care for and feed the young, initially by regurgitation

Laughing Doves occur throughout Africa, and also in the Arabian Peninsula, Afghanistan, Turkmenistan and India. They have been introduced into parts of the Middle East and also into south western Australia where they have adapted to urban areas, such as around Perth. 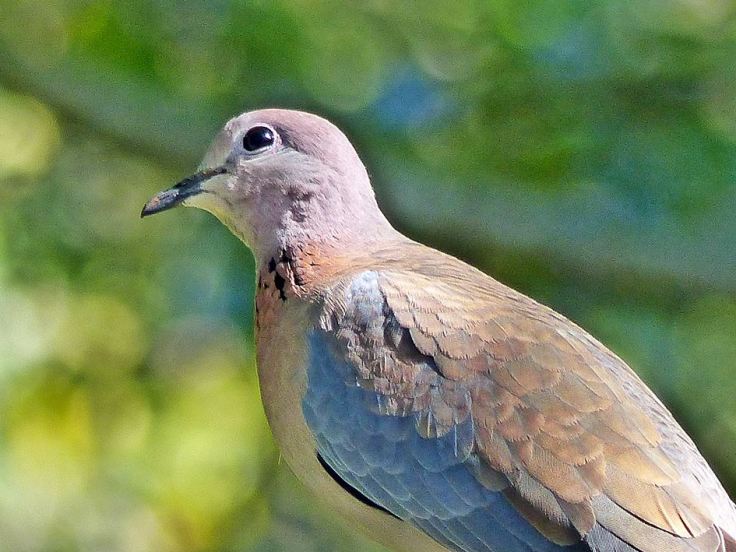 The understated colours of Laughing Doves are really beautiful, and because they are relatively common and not flamboyant, their beauty is not always appreciated. Around the world, many birds that were previously common are common no longer, and in the past few decades, in many cases declines in bird populations have been sudden and devastating, a sad reminder that the presence of these lovely birds should not be taken for granted. ★ 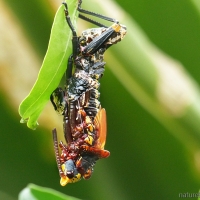 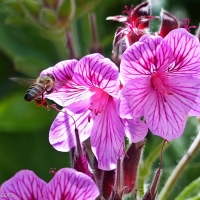