Rediscovering a sense of wonder: Seeing insects as tiny treasures 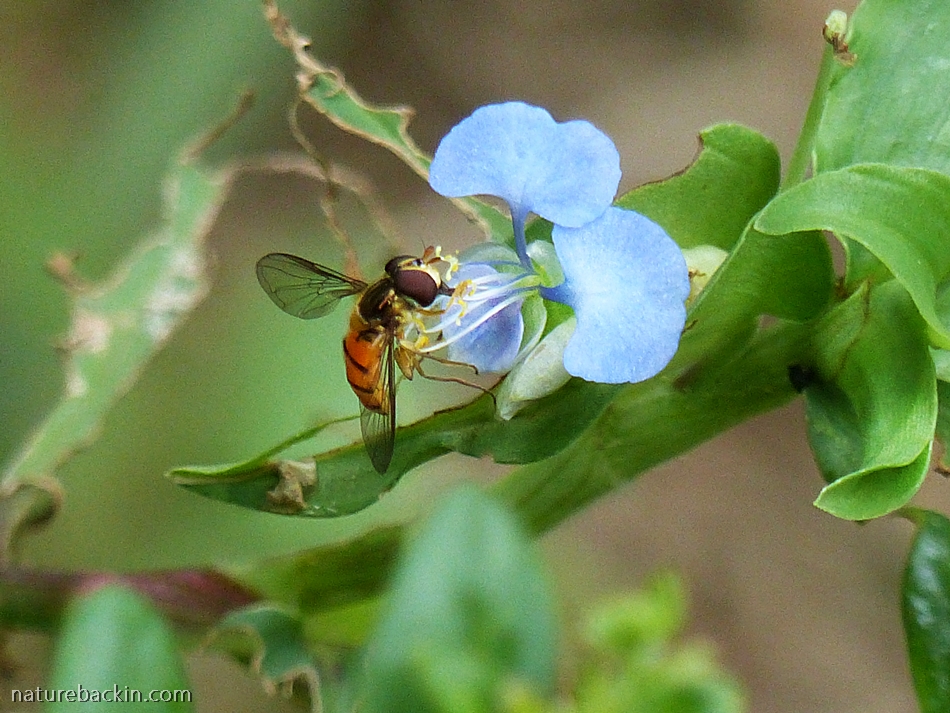 Highlighting a bleak future in the wake of the unchecked use of pesticides, Rachel Carson’s landmark book Silent Spring (1962) raised awareness of the vulnerability of nature and our dependence on it and motivated many people to become active in environmental protection. Possibly less well known is the sense of wonder in nature that inspired her, a wonder that stirs joy and a sense of mystery in children and adults alike

In her book, The Sense of Wonder, she wrote: “Those who contemplate the beauty of the earth find reserves of strength that will endure as long as life lasts.” The book stemmed from an essay she wrote as a guide to adults introducing children to nature, and she herself delighted in sharing her joy in nature with children.

By my simply standing and staring I discovered this tiny scarlet insect feeding on a tree in our garden. To experience such wonder by doing so little can feel somewhat transgressive, trained as we are to be busy in order to gain reward

Rachel Carson’s book on wonder, published in 1964, remains pertinent today when even more children are likely to be nature-deprived now than there were then. As Carson observed:  “A child’s world is fresh and new and beautiful, full of wonder and excitement. It is our misfortune that for most of us that clear-eyed vision, that true instinct for what is beautiful and awe-inspiring, is dimmed and even lost before we reach adulthood.”

I am sure that I am not the only adult who remembers as a child spending hours lying on the ground observing ants and other insects going about their business? Taking photographs for this blog has encouraged me to spend time cultivating this ability to observe small things, shift the level of my perception to another level and I am frequently amazed by what I find. I don’t have to travel far beyond my back door to explore into an unknown realm. 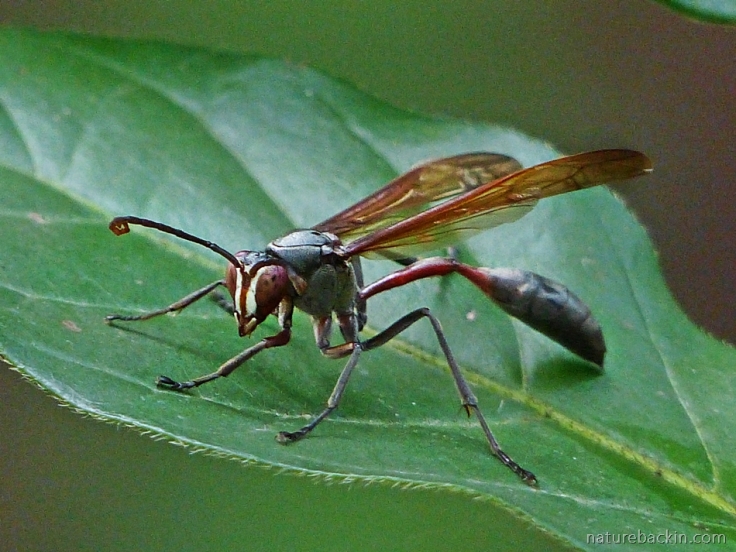 In my quest to enter into the kingdom of tiny, winged things, albeit only as an uninvited observer, I am finding new ways of looking at creatures I thought were familiar

Carson tied her sense of wonder to her concerns about our mistreatment of nature: “The more clearly we can focus our attention on the wonders and realities of the universe about us, the less taste we shall have for destruction.”

Including even those of us who have been in the habit of reflexively reaching for the insecticide spray, I hope that when we see insects we can pause and wonder at their intricacy, their beauty in form and flight, and reflect on their lives and how they live, and question why we think we can eradicate them without giving it a thought. 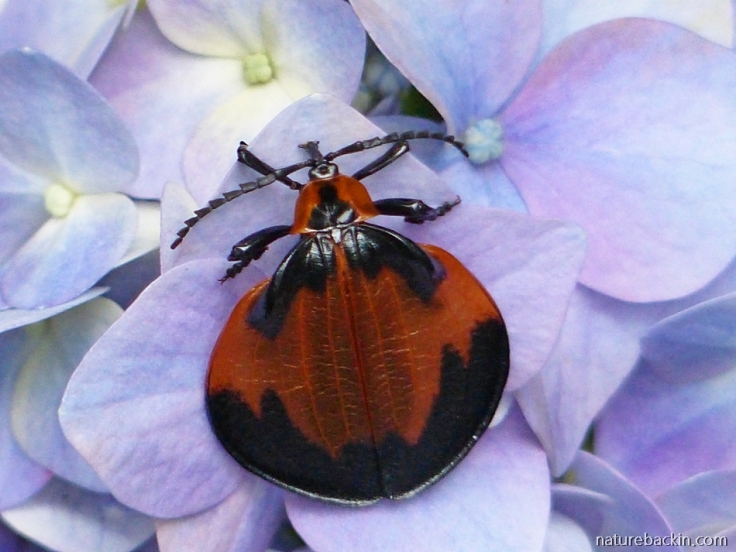 Is this not a wonderful creature?

In the past few months there has been media coverage of recent studies reporting on declining insect populations, studies that give rise to anxiety about an “insect apocalypse” leading to a catastrophic collapse in eco-systems and a ultimately a devastating effect on us.  Studies on declining insect populations take place in discrete locations and most of the studies reported on took place in Europe and North America, and they cannot be seen to be representative of the entire world. It is clear that more and ongoing work is necessary and more funding is required. However, significant declines in insect numbers at least in specific regions are not disputed, and such trends are extremely worrying even if not at apocalyptic levels.

An adult blow fly resting after feeding on nectar

Much about insects and their diversity is as yet unknown, so we don’t have a documented baseline against which to measure change. It is known though that insects are fundamental to functioning ecologies. Insects act as plant pollinators, including of many food crops that feed people. Many birds, reptiles and other animals depend on insects as their main or only food source, and animals higher up the food chain depend on the animals that depend on the insects. Insect species also predate on other species of insects, keeping numbers in check. Insects, such as ants, are crucial in aerating the soil enabling it to absorb rain and other nutrients. Without insects, corpses, dung and other decomposing organic material would not efficiently break down. 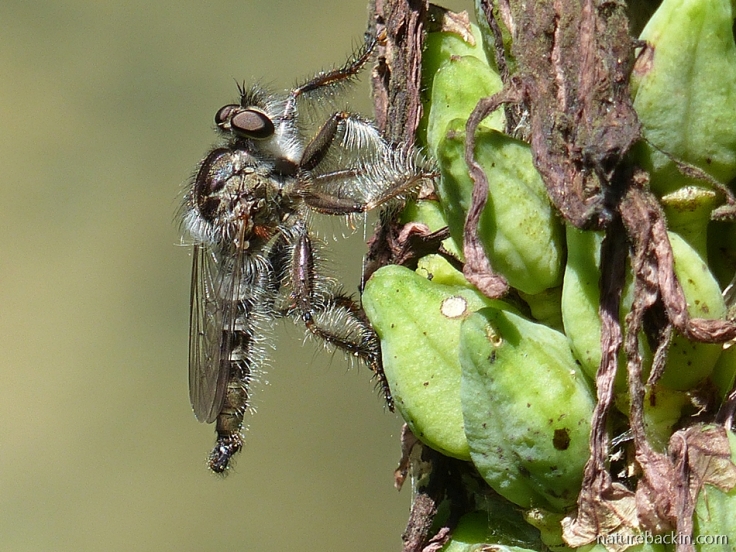 An impressive robber fly, an efficient predator of other insects

Reasons for declining insect numbers are numerous and widespread and include the loss and degradation of habitats, the extensive use of pesticides particularly in commercial agriculture, the pollution of air and water, disrupting factors such as light pollution, the spread of insect diseases, and climate change

One of the more obvious pollinators around –  a carpenter bee

Given the concerns about consequences of declines in insect populations, perhaps there might be a shift in public perceptions of insects. Often at best insects are viewed as a nuisance, perhaps when faced with the possibility of losing them we might understand that they are beneficial not only as indicators of environmental health but that they are fundamental to the survival of other forms of life. 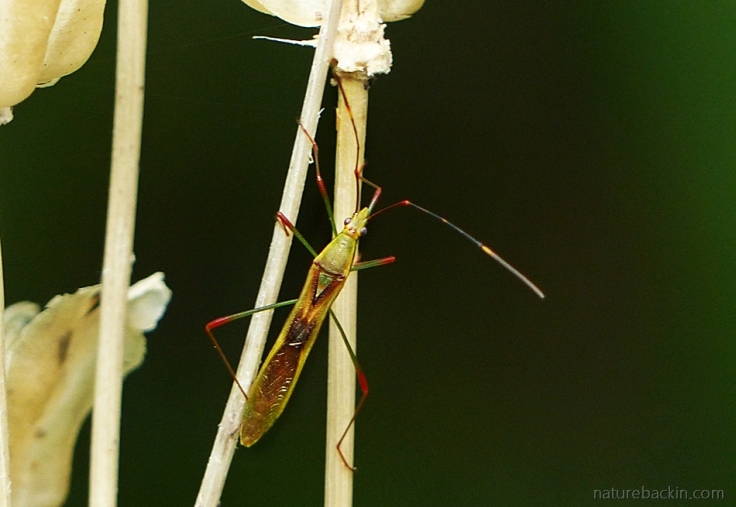 Whether we label them as beneficial or not, there is no denying that insects are fascinating in their uniqueness and in their diversity

Suburban areas have the potential to provide green corridors and havens for insects and other urban wildlife. Many insects have evolved to have close relationships with specific plants. We can plant – or simply encourage – a diversity of plants in our gardens, parks and road verges and these plants should include as many native plants as possible. Attracting insects to our gardens in turn attracts insect-eating birds – without the insects these birds would starve. 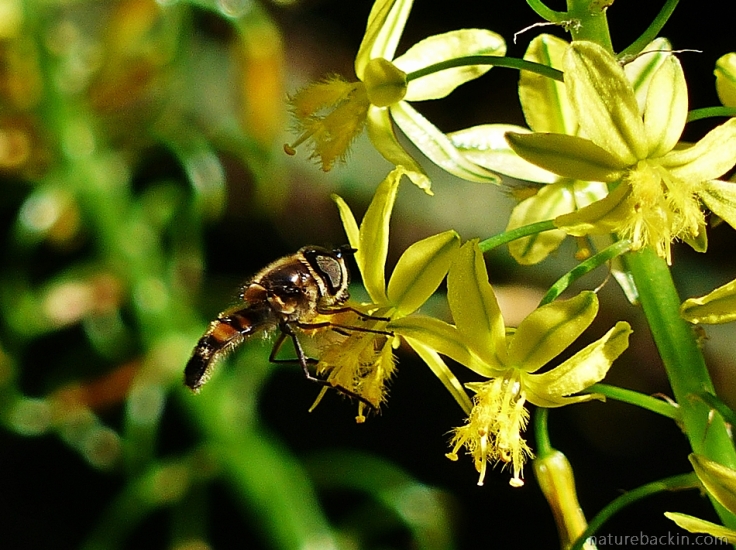 Many species of insects depend on native plants to enable them to reproduce. For example, although adult butterflies may be able to eat nectar from a variety of plants, many species lay their eggs only on specific native plants that are described as being hosts to the butterfly larvae (caterpillars). As gardeners we should be pleased to host the hosts and delighted to see the butterfly larvae munching the leaves of host plants. Such munching has no adverse effect on the health of the plant, and the caterpillars eventually metamorphosis into the butterflies we all seem to enjoy gracing our gardens. 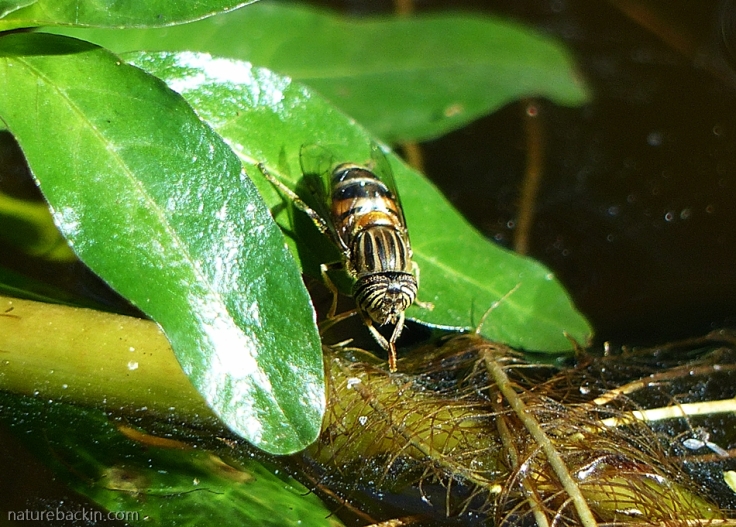 Another species of hoverfly, this one drinking from our garden pond. Birdbaths and ponds benefit insects as well as birds

A garden with a diversity of plants is likely to attract a diversity of insects and birds, which in turn will naturally keep numbers in check. If we use insecticides it interrupts this food chain – we kill the insects that predate on other insects and we deprive the birds that eat insects of their food supply. By using poisons we destroy the functioning of a diverse eco-system. By planting native plants, not using insecticides and generally encouraging diversity and following wildlife-friendly practices we can add to a collective contribution to making a positive difference that promotes life.

Shifting ones perspective, to notice and enjoy smaller forms of life, to adopt a more relaxed approach to gardening allowing self-seeding native plants to flourish, to appreciating sharing such plants with other forms of life, it is encouraging to remember Rachel Carson’s  observation: “Those who dwell, as scientists or laymen, among the beauties and mysteries of the earth, are never alone or weary of life.”

Hoff, Mary. 2018. Insect Populations are Declining around the World. How Worried Should We Be? Ensia. October 30. https://ensia.com/features/insects-decline-armageddon-biodiversity/

Young, Ed. 2019. Is the Insect Apocalypse Really Upon Us? Claims that insects will disappear within a century are absurd, but the reality isn’t reassuring either. The Atlantic, Feb 19. https://www.theatlantic.com/science/archive/2019/02/insect-apocalypse-really-upon-us/583018/

37 thoughts on “Rediscovering a sense of wonder: Seeing insects as tiny treasures” 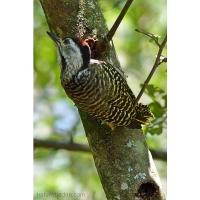