The Southern Boubou is most noticeable on account of its ringing duetting call. It is an audible presence in our garden, and we catch glimpses of the pair hopping through low dense foliage, but they are shy and it is difficult to get a clear view of them. These photos were taken on a recent road trip to the Western Cape and back. Cheating perhaps?

As an aside and a confession, the road trip accounts for the rather erratic appearance of my blog posts over the past four weeks – in some places, such as the Baviaanskloof, we had no connection to the outside world at all. The entire valley has no cellphone or Internet connectivity. It also has the bumpiest and roughest of roads, winding up and down several dramatic, precipitous mountain passes – a place that is beautiful to visit despite the drought that it is belied by the numerous clear-running mountain streams.

On this trip we also visited the Addo Elephant National Park and (even though we saw many elephants at surprisingly close quarters) these photos are not of elephants, but of a pair of Southern Boubous and their fledgling, near our tent at the Spekboom Camp bordering a waterhole in the park.

The picture above is of the fledgling waiting for its mom to bring it some food, and below is the male, with his showy white chest (or should that be breast?). 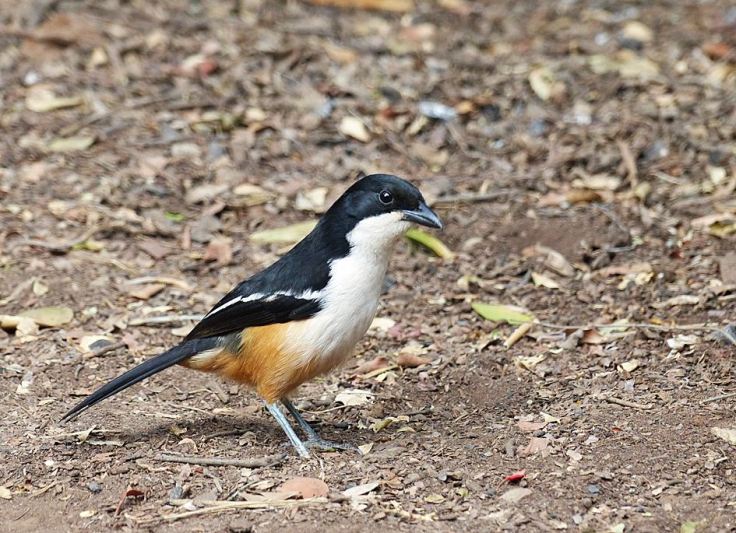 The Southern Boubou feeds mostly on insects, including bees – the birds rub the stings off before swallowing them. They also eat snails, geckoes, mice, birds’ eggs, nestling birds, earthworms, fruits and nectar, and even crumbs, grain and discarded porridge. They can become tame around human habitation, and they certainly were at Spekboom Camp.

The female is more buffy – the bird book describes it as rufous – in colour on its breast than the male. Each is very striking in their different ways. 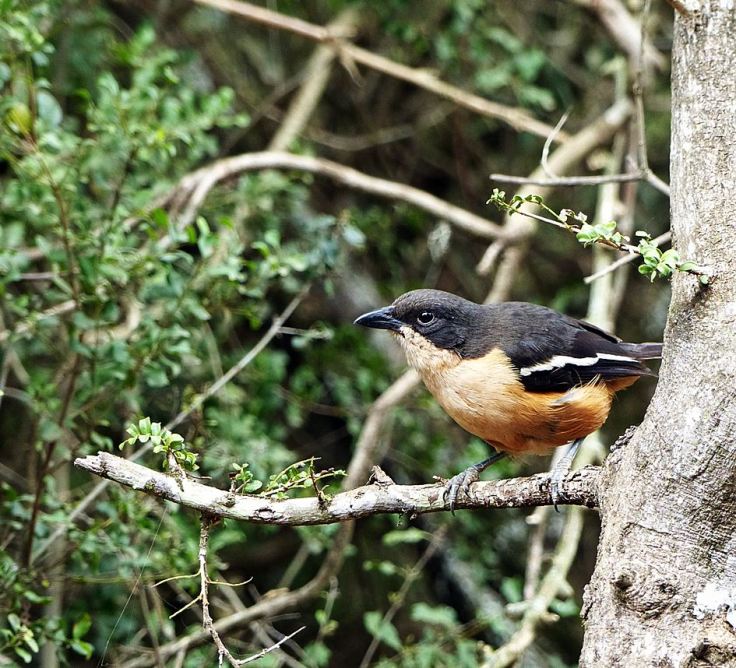 While in camp, we noticed a hungry fledgling waiting to be fed. Each time its parent approached it would silently flutter its wings and fan its tail to attract attention, or perhaps also in anticipation of a snack. 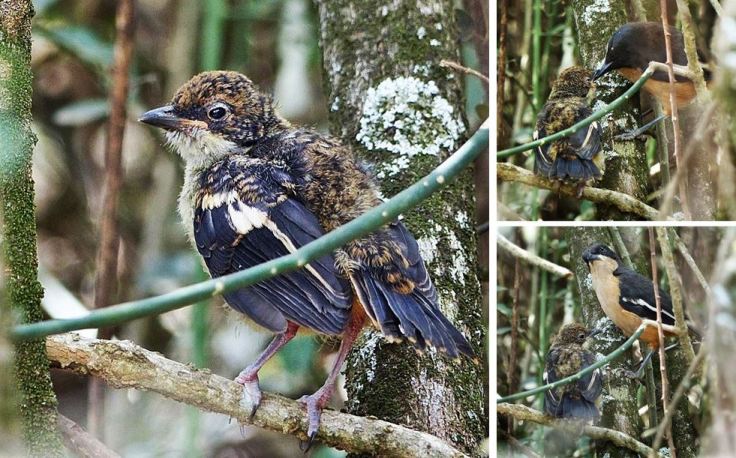 I won’t give up trying to photograph the Southern Boubous in our garden, but in the meantime these pictures taken at Addo provide the images for another of my favourite garden birds. ★

7 thoughts on “Southern Boubou: A bushshrike that’s usually quite shy”